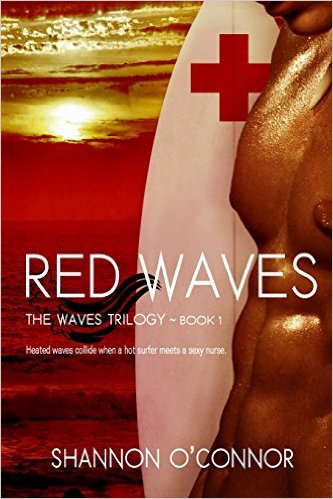 I like books that have a lot of action, several characters to enrich the story, and some meaning that draws those people together, or perhaps, even apart. In this book, we just have Audrey and Chad. They met twelve years ago and she has always dreamed of a relationship with him. Chad, also, remembers how taken he was with her. Unfortunately, she has had a terrifying experience with her now ex-husband and shies away from involvement with men.

After all these years, they meet again and he pursues her, hoping for that special relationship everyone hopes for. I found Audrey a bit silly in that she wants Chad, but then decides she can’t be good enough for him. After her experience with her ex, I’m thinking that maybe she should be wondering if he’s good enough for her. But each time she pulls away emotionally, his aggressive pursuit overwhelms her and she seeks his closeness once again. This interaction is on a constant loop in the story.

The main characters are flat and one-sided. Their conversation centers around their sexual behavior, even when conversing with friends. I feel there is absolutely no intimacy between them in this kind of setting. Because she has been horrifically abused by her ex-husband, she has several hang-ups that she speaks of, just a little pinch here and a little pinch there. Every time she shied away from Chad, I thought, “Here we go again.” I wish she had just gotten it out, but she made him work for it. Throughout the entire story, we get unlovely surprises or hints that something ugly is about to be revealed. Sure enough, a few pages later, after a semi-climactic build-up, he is able to sweet talk it out of her. So, her tragic secrets aren’t secret for long. There were side characters, but for the most part they were fluffy filler. That left Chad and Audrey to carry the burden of the story by themselves. I found this too monotonous and unrealistic. No matter how in love people are, they still have to deal with the outside world.

I consider reading an enjoyable way to have fun and gain interesting knowledge of places and people. Also, it can be an experience that opens my mind to different ways to approach hurdles that appear in real life and how to conquer them. Plus, the fun of reading about interesting characters is a big draw. Then there are the stories with unbelievable people and situations. They can be fairly entertaining unto themselves. This didn’t really fit any of the above.

Red Waves is a graphically sexual story that could have been interesting, but it amounted to nothing more than killing a few hours, while I didn’t have anything better to do. In reading this, I found that the author is hiding her light under a bushel. There is nothing wrong with the writing style, but I found fault with the subject matter and how it was presented.

I give this book a generous ⭐️⭐️ stars. I would like to think that she tried really hard and will produce more highly developed characters in the next books, which I will not be reading. But maybe they will strike your fancy.