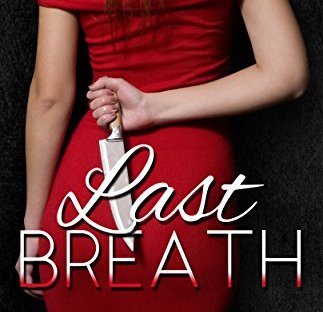 It’s not unusual for me to finish a book and be pulled in two directions. Part of me loves it, while the other part is not sure how she feels. This is one of the stories that is difficult to review and my mind is still reeling from all that took place, which is saying a lot, considering it is a fast read. So, I am splitting this into two parts: the one who couldn’t put it down, and the one who couldn’t wrap her mind around the graphic sex. I am not creative enough to imagine those numerous scenes, but a lot of readers will gobble them up.

It starts with Salem and Malachi, whose names are oddly appropriate. The Salem witch hunt is an event that has gone down in history, and hundreds of years later we still are drawn to it, like a car wreck on the side of the road. Salem is a hunter of evil doers. The name Malachi can be taken two ways: the Biblical prophet of the Old Testament who some claim saw the coming of Christ, or the new, urban definition of an amazing man who loves hard, seeks out adventure, is incredibly unique and unforgettable. With his Glasgow grin and mischievous green eyes, he fits the second description, but the way he loves and cares for Salem gives him a soft side that balances out Salem’s need to spill blood.

Salem was horrifically abused by his father, in ways that do not need to be mentioned and the few flashbacks are heartbreaking to read. Malachi is his savior. At twelve, the two run away to escape Salem’s abuse and make a life all their own. Their teen years are not easy and Salem is molded further into a blood-thirsty man with little self-control and more than a few crossed wires. Essentially, his reality is severely skewed, and Malachi supports his dark side, because he loves every blood soaked inch of him. Literally.

Joy’s name is ironic, yet fitting, which I am sure was the purpose. She has sacrificed many years to take care of her grandmother, who is crippled with dementia that leaves Joy desperate to escape. Her past and the hardships she endured are only hinted at, but the reader understands she is just as broken as they are. When these men appear one evening at her run-down shack in the middle of nowhere, Joy shows little concern and spends only a second debating if she should run for her gun or feed them. They all have dinner together. After an evening spent listening to the two men make love in the room across the hall, Joy wakes up to find her grandmother dead and Salem eating breakfast. This is the moment that defines the relationship of Salem, Malachi, and Joy. Some readers will find this moment shocking, others will be intrigued, and the rest possibly a bit grossed out. That’s up for you to decide.

The trio turns into a modern-day Bonnie, Clyde, and Clyde, travelling and killing, often indiscriminately. This creates a very tense story, as you do not know what is coming next. I could not put it down, because I was itching to know how it ended, and just how depraved they truly are. Is it possible for the psychotic to have happily-ever-afters? Are these people too far past the point of no return and completely irredeemable? This story could have gone in any direction, which was what really kept me turning those pages. So many stories have a set ending and the characters are simply making their way towards it. This was not the case here, and you might be as torn and surprised as I was. Needless to say, I was not disappointed.

The story is fast, months pass without details, but that’s okay, since they are following a set pattern of kill, run, kill, run, sex, sex, sex…kill, run, more sex. The important moments are given great detail, which is where my indecision comes in. The characters are unique and fascinating. It is written first-person and seeing their wheels turning from the inside was enlightening. I enjoyed them very much. Even the scenes of slaughter had me on the edge of my seat. It is the heavy dose of graphic menage a trois that gave me pause. They are intense and full of description, yet I still couldn’t quite envision what was actually happening, except that they each have their own way of using her (she loves it) and they enjoy rolling around in a tangled ball of limbs and groans. If you are looking for erotica and love characters who will drop everything in a second to have sex covered in blood, this is definitely where you want to be. If you are looking for a story that has characters that do not fit inside a typical romance and are emotionally damaged, you will enjoy this, but skim through a lot of super steamy scenes.

Part of me was hooked from the first paragraph. I knew it was going to be a bumpy ride and I was ready. Watching them morph into the threesome they did, was incredible. These characters will stay with me forever – the good, the bad, and the ugly – they are unforgettable. The semi-prude inside me was too busy blushing over the sex to fully embrace the story. I highly recommend this to all readers of dark romance and erotica. Go in prepared, excited, and buckle your seatbelt. The ending is perfect and could not be better. Each moment getting closer is fraught with the unknown and the question you will debate over and over: What kind of ending do they deserve? The shy, blushing me gives it a one, because she was covering her eyes, but the enraptured me spent hours anxiously biting her fingernails. For the ending alone, I give it a five, but the modest woman in my mind is still blushing, so I give this wonder ⭐️⭐️⭐️⭐️ stars.